A new town in East Devon, “Cranbrook”, has decided to take a serious look at its tree stock, in an effort to keep itself green well into the future.

Cranbrook has a population of circa 5,000 and this is set to more than triple by 2030. However, as the town becomes more built up and the demand for housing increases, competition for space will inevitably grow and the town’s trees will become an ever-more valuable resource.

In partnership with Cranbrook Town Council, East Devon District Council commissioned consultancy Treeconomics to carry out a tree valuation survey of the town. The team worked with a group of community volunteers to measure the town’s urban forest. The fieldwork took place over a number of months and the contribution made by the volunteers was invaluable. Once the fieldwork was complete, the numbers were crunched and put into an official report.

Councillor Barry Rogers of Cranbrook Town Council, states, “Trees play a vital role in the visual landscape, and importantly, in modifying and stabilising the ecology of the countryside, in ways not always obvious to a casual observer.”

The report was able to break down Cranbrook’s tree population into species groups. It was disturbing to find that 30% of the tree population is actually Ash, a species which is currently threatened by ‘Ash Dieback’ disease. If Cranbrook’s Ash population were to succumb to Ash dieback, it would potentially cost £1.4 million to replace them.

The report revealed that the town currently has almost 7,000 trees, and 14.3% canopy cover (trees and shrubs); this is below the UK average of 16%. In order to increase canopy cover, the town will need to focus on the protection of its existing trees, as well as increased planting on both private and public land.

Councillor Geoff Jung, Coast Country and Environment Portfolio Holder for East Devon District Council, understands the huge contribution that trees make to the town: “Cranbrook lies at the heart of the new Clyst Valley Regional Park. Trees in parklands, hedges, fields and orchards are an iconic feature of the Valley.

However, Cranbrook was chosen as the site for a new town because of the relatively low number of trees. This means that those few big trees that now form part of the town and Country Park are incredibly important to look after and, for the benefit of future generations, we need to nurture many more in partnership with the Town Council, residents, and developers.”

By understanding what it has, the council can start to plan for the future, to ensure that its tree population is not only sustainable, but playing its part in the bigger fight against climate change.

This project has been made possible by funding received from the People’s Postcode Lottery, the National Lottery Heritage Fund and the Woodland Trust. 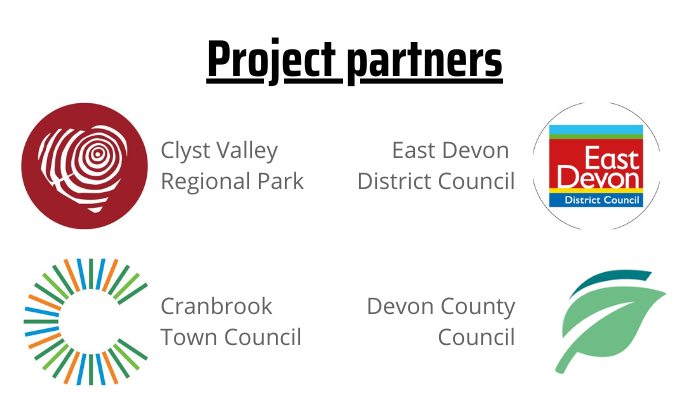