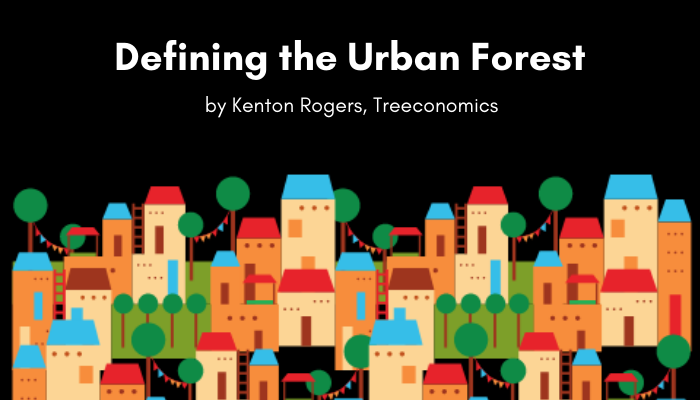 Urban Forestry is a term which many of us will already be familiar with.  But what do we actually mean when we talk about the urban forest?

Understanding the definitions involved is important because people have different interpretations of what constitutes the urban forest.  Do we mean the street trees?  Or a specific woodland in an urban area?  Do we include shrubs, lawns or parks?

The very term ‘Urban Forest’ can seem oxymoronic, the use of two apparently contradictory terms put together: “How can an area be simultaneously urban, and forest?” some ask.  Well, actually it can…

Firstly though, there are two main interpretations of what constitutes an ‘urban forest’.

The first looks at the sum of all urban trees; including those situated in parks or in streets, on both private and public land, and also considers orchards, hedges and other green spaces.  These collectively make up an ‘urban forest’ (See Grey and Deneke’s Urban Forestry, for example).

The second refers to the urban forest as individual units within an urban area, and in Evans’s Forest Handbook is described thus: ‘Urban forests can be defined by their placement in or near urban areas’.

This second definition refers to distinct areas of woodland within an urban area as urban forest, the ‘narrow’ definition.  Although not technically incorrect, in my view this is a less helpful concept as it separates out the ‘urban’ from the ‘forest’ and oversimplifies the spatial relationship between the two, implying that they can indeed be separated.

I much prefer the broader definition given by Sands (in ‘Forestry in a Global Context’), which states:

‘The urban forest is the ecosystem containing all of the trees, plants and associated animals in the urban environment, both in and around the city’.

Deneke (in Grey and Deneke’s Urban Forestry) goes so far as to say that ‘cities are forests’ and by the United Nations definition (land with tree crown cover of more than 10 percent and an area of more than 0.5 hectares) most cities and urban areas could indeed be classed as forests.

So, perhaps it’s time that we should stop thinking about the trees in our towns, and actually consider the towns in our forests instead.  This is by no means a new ideal, and visitors to 17th century Amsterdam often remarked that they could not tell if they were in a city or a forest.  John Evelyn (author of Sylva – one of the very first technical works on trees) visited in 1641 and was very impressed by the quarter known as Keisers-Graft, ‘…which appears to be a Citty in a Wood, through the goodly ranges of stately and umbrageous Lime trees, exactly planted before each mans doore’.

Finally then, considering this broader definition of the urban forest, and starting to think about the towns in our forests, this really brings trees (the largest component of our green infrastructure) to the fore.

This is particularly important, given increasing urbanisation across the globe, because by incorporating the role of the urban forest into long-term planning and climate adaptation strategies, we can work at the right scale to create spaces which are simply better for communities to live, work and play.